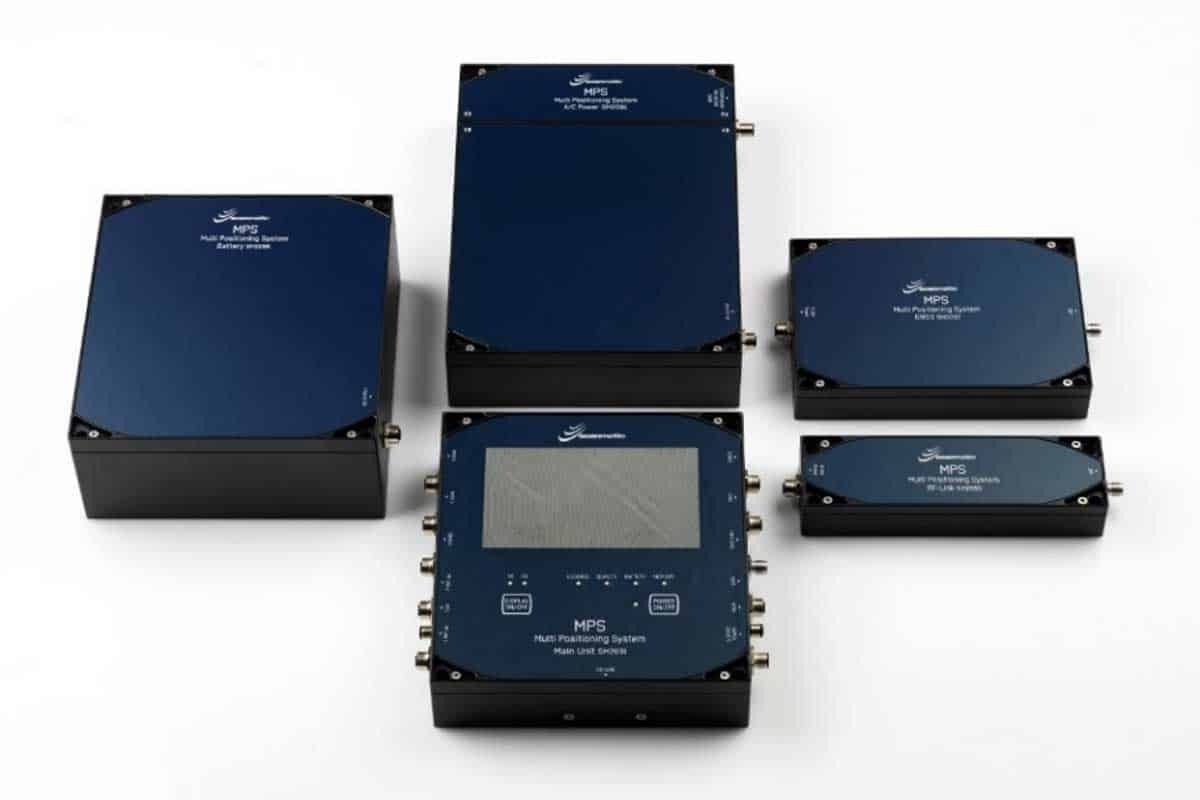 MPS is a high-precision positioning system for use in testing and calibration of positioning and navigation systems, and radars and target acquisition systems. The system also finds applications in structural monitoring of large structures such as e.g. fish farming facilities, etc.

MPS is based on high-precision GNSS modules and uses RTK to achieve centimeter-level accuracy. It supports all major GNSS systems; GPS, Glonass, Galileo and BeiDou.
To measure heading, pitch and roll, a unit with 4 GNSS modules and 4 antennas is used.

A system can consist of up to 10 devices communicating via the associated radio unit, with GNSS receivers built into the main units. All units have local storage of positions up to 20 times per second and at the same time transmit their own position to all other units in the system via radio. A separate PC application logs the location of all MPS units and plots them in the map. The MPS system also interfaces with other systems for comparison of MPS data to measured data from the ship instruments/systems.